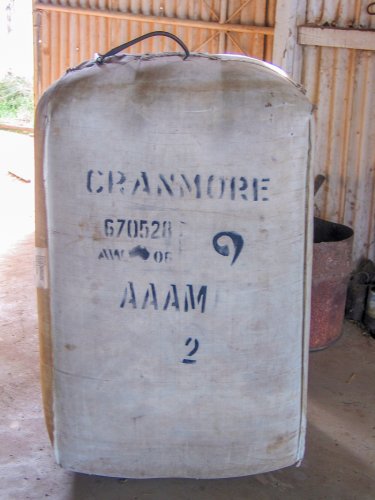 Pathways to profit by Kristin

The recent AWI program The Sheep’s Back brought together woolgrowers from the Dandaragan – Moora region in WA, who showed there can be many paths to becoming a progressive, profitable woolgrower. Three growers are taking differing approaches to achieving the same ultimate goal.

Narrowing profit margins have been the catalyst for Kristin Lefroy to move his business towards creating synergies between the different farm enterprises – including growing pulse crops such as faba beans and field peas, which provide nitrogen to the soil and have high summer feed value for his flock.

The value of pulse crop stubble for lambs is part of a push at ‘Cranmore’ for increased growth rates in lambs, better lambing percentage and improved lamb production - a strategy taken from AWI’s Lifetime Wool project. Kristin is also aiming to increase his stocking rate from 7.9 DSE/ha to 9.24 DSE/ha, through increased stock numbers combined with increased crop area. This increased stocking rate will be fed under rotational grazing systems in winter and over perennial fodder crops and stubbles in summer. Kristin has shifted his attention from focusing on minor cost drivers to the main driver of stock enterprises - stocking rate.

From The Sheep’s Back program, Kristin has learned it is too expensive to increase ewe condition score through supplementary feeding when there is no available green feed. Ewes need to be in good condition at the start of the dry summer autumn period.
Over the past 10 years Kristin and his father Bruce have concentrated on increasing fleece weight per head through selection for longer staple length without compromising fibre diameter (18 micron) or variation (CV) of fibre diameter (less than 20 per cent).

Faecal egg count has also been reduced through selection for rams with lower FEC and plainer bodies. Kristin believes these priorities have led to a significant improvement in the enterprise’s foundations.

Back to the News page

See us at the Dowerin Field Days August 2022

Back to the News page
Cranmore Park, Moora, Western Australia

Like the sound of the easy-care, white wooled Cranmore Merino?

Contact us here at Cranmore Merinos for more information or see us at he annual Dowerin Field Days.